Join us in an Online Holiday Tradition A Christmas Carol Live!

Saturday, December 22, 2007 at 6 pm, Douglas and Rosanne Welch will be hosting the 2nd Annual LIVE reading of Dicken's A Christmas Carol LIVE on Talkshoe.com. This is a service that allows LIVE call-in talk shows with audience participation.

You can join us in reading the story by visiting http://talkshoe.com and setting up a FREE account. Now you can JOIN IN for free, using just your computer.

My wife, Keri, and I will join he reading with our friends Douglas, Rosanne and their son Joe and anyone who calls in and wishes to read a section of the story. We will be using a condensed version of A Christmas Carol, created by Dickens for his own public readings.

If you think you might like to join us, as a listener or a reader, please RSVP to douglas@welchwrite.com, so Doug can get a feel for how many core readers we will have.

Posted by -michael lawshé at 1:44 PM No comments:


David has been kind enough to support us with his wonderful music – You can hear his very special solo guitar instrumental versions of “Don't Let Me Go,” “G.D. Jam” and “Marianne's Wedding” in our Island Fox Release Video and the Friends of the Island Fox FoxTalk podcasts as well as our Halloween Special Podcast.

Dozen….. David Lynch's 3rd album of original songs (2 covertunes on this one) features the fantastic Dobro work of Frank Duncan and the outstanding Mandolin stylings of Mark Travis.


You can email him at davidlynchmusic@gmail.com
Posted by -michael lawshé at 3:35 PM No comments:

Friends of the Island Fox presents:

The Santa Catalina Island fox became endangered when an outbreak of disease, believed to be canine distemper, killed over 85% of the population in just a few years. To help prevent such catastrophic events in the future, biologists across the Channel Islands use the late summer and early fall to count island foxes and give them health checks. 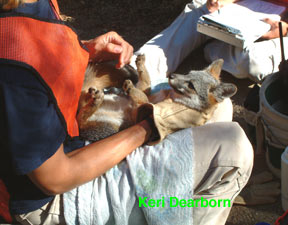 In September, Friends of the Island Fox went out in the field with Julie King, fox biologist for the Catalina Island Conservancy as she did health checks on wild island foxes.

Click to Listen to Island Fox Talk Podcast in the field with Julie King as she examines a young female island fox.
Posted by -michael lawshé at 2:24 PM No comments:

Are you dying to hear Ghosts of the Internet?? 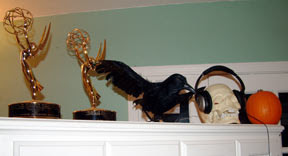 We had a great time doing a live interactive talkcast Saturday night.

Live readings from Poe and Edward Gorey and other "scary stories and poems". 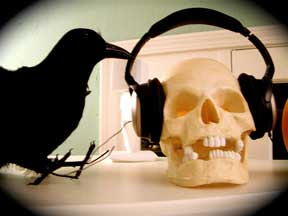 Folks are dying to hear it!

Look for the playable and downloadable mp3 file - TAKE A LISTEN!! 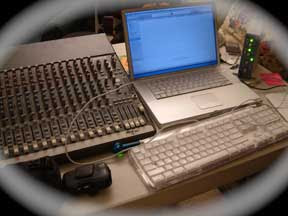 Have comments? Visit ButIHaveNoOpinion.com and click on our message-

And We'll Call YOU! 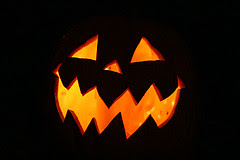 LEAVE A MESSAGE WITH YOUR NAME, AND WHERE YOU ARE CALLING FROM - THE TITLE AND AUTHOR OF THE STORY
- {PLEASE CALL BEFORE NOON, PACIFIC TIME ON SATURDAY}
THEN READ AWAY -
WE'LL GET AN MP3 FILE OF YOUR STORY DELIVERED TO US-
AND WE WILL AIR IT!
Posted by -michael lawshé at 12:16 PM No comments:

Visit My Talkcast! This Saturday!

Posted by -michael lawshé at 8:14 PM No comments:

Pick your Story - or tell one of your own!!
Live on the Air!

Masque of the Red Death

The Cask of Amontillado EAP.pdf

Spirits of the dead EAP.pdf

Posted by -michael lawshé at 3:37 PM No comments:

You are invited by Michael Lawshe and Keri Dearborn to join a live Talkcast.

Click Here to go to talkshoe.com
Ghost and Horror Stories for and by Kids and Adults as an intro to Halloween

Bring your stories {BYOS} - come read with us online!
How to participate:

You can join in from home or on the road via phone,
pre record and send it to us [mp3 file], or

You can call in from a home or cell phone line or free through your computer.

You can learn how by following this link to Doug Welch's awesome explanation :

After 31/2 hours in tiny seats in the back of the Shrine Auditorium...

The Outstanding Sound Editing For A Series
Emmy(c) 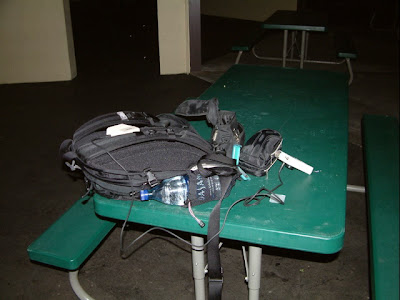 Have Bat detector..
will travel!

This is a picture of the sound waves
of a bat from the same bat call. 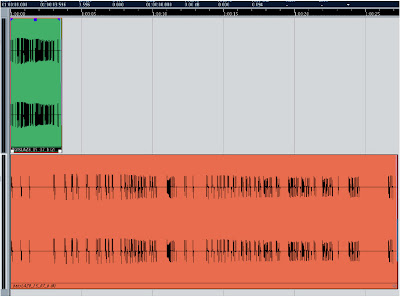 The top Green area is the real time sound graph
of the first call. It lasted 3.4 seconds.

I slowed the bat calls down 9 times and below the green bar is the
orange graph of the slowed down sound. 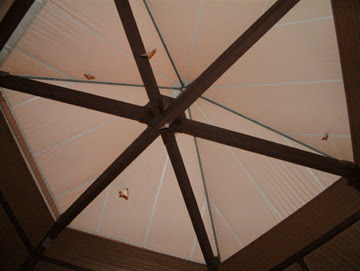 Visitors to the Zoo... 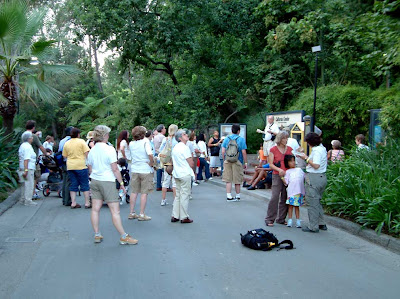 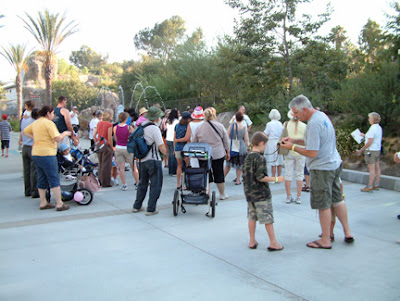 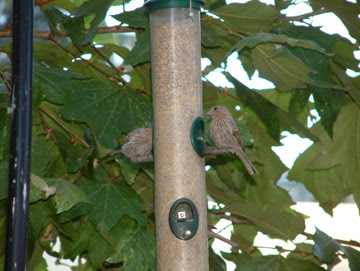 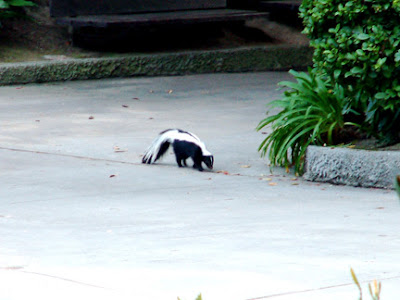 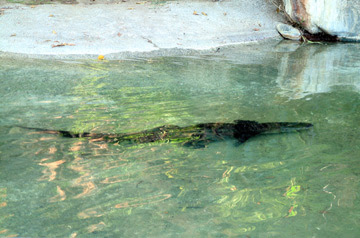 Posted by -michael lawshé at 5:08 PM No comments:

-will be recorded and simultaneously air, live on September the 22,

Wanted:
Poets, Patriots, and an Angry Mob.
- live broadcast at 5pm, PST
We Need Your Voices!

Join Us! We request your presence to a party and live recording session that will be "talkcast" live on talkshoe.com

We will be reading from a prepared script which will be emailed to you ASWFI {as soon as we finish it!}

Prelude to 1776 - 2007 PART 2
Description: Historical perspectives on Independence Day - The Nature of American Freedom
Live readings from the lead up to the creation of the Declaration of Independence

If you can't make it.. you can call in from a home or cell phone line or free through your computer.

Outstanding Sound Editing For A Series

Tune in to see what happens -

CSI: Miami • No Man's Land • CBS • Alliance Atlantis and CBS Productions and a Business of CBS Broadcasting in association with Bruckheimer Television

Prelude To Revolution - Listen to the Talkcast!

We broadcast live via Talkshoe the voices and events leading up to the American War for Independence - 1761-1775 performed on July 01, 2007,
an audio play taken from historical documents and eyewitness accounts.
(length 1 Hour)

To download and hear a high quality mp3 file to play later, follow this link to TalkShoe.com. 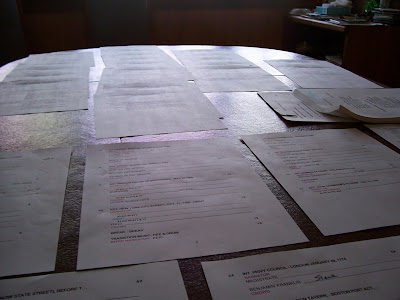 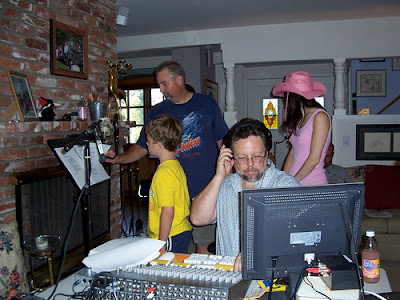 Recording Live with Playback on Computer and ipod 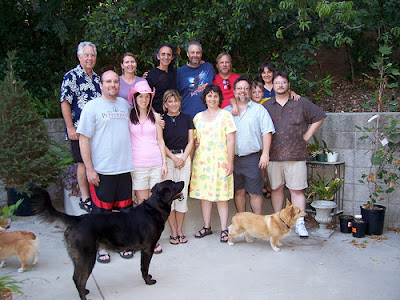 The cast - not pictured Marc and Kathy - Pre-Recorded

A Resounding Peal of Freedom!

Posted by -michael lawshé at 5:47 PM No comments:

Join Us! In celebration of Independence day,
we request your presence to hear a recording session that will be
"talkcast" live on talkshoe.com
Historical perspectives on Independence day - Live readings
Title: EPISODE1 - Prelude to 1776 - 2007
Time: 07/01/07 07:45 PM EDT
Talkcast ID: 13936

Posted by -michael lawshé at 1:01 PM No comments: 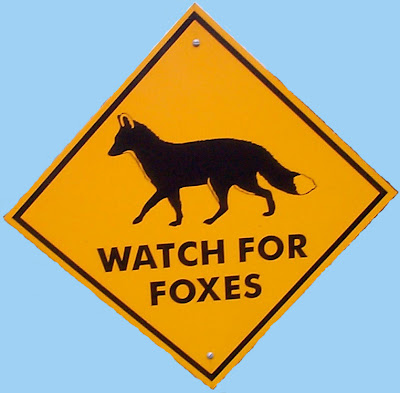 Here my Voiceover and see my picture editorial!

Let it Upload first, then play - takes a while to download!
Posted by -michael lawshé at 11:04 AM No comments:

(Sundays, 9:00-10:00 PM ET/PT): Executive producers Josh Friedman ("War of the Worlds"), David Nutter ("Supernatural," "Smallville") and C-2 Pictures ("Terminator 3: Rise of the Machines") bring to television an intense new drama based on the celebrated heroine of the "Terminator" movies: Sarah Connor. At the end of "Terminator 2: Judgment Day," Sarah vanquished the liquid metal Terminator sent from the future to kill her teenage son, John. Sarah and John now find themselves alone in a very dangerous, complicated world. Fugitives from the law, they are confronted with the reality that still more enemies from the future, and the present, could attack at any moment. THE SARAH CONNOR CHRONICLES reveals what happens when SARAH (Lena Headey, "The Brothers Grimm," "300") stops running and goes on the offensive against an ever-evolving technological enemy bent on destroying her life, and perhaps the world. Her son, 15-year-old JOHN CONNOR (Thomas Dekker, "Heroes"), knows that he may be the future savior of mankind, but is not yet ready to take on the mantle of leadership that he's told is his destiny. John finds himself inextricably drawn to CAMERON (Summer Glau, "Serenity," "The Unit"), an enigmatic and otherworldly student at his high school, who soon proves to be much more than his confidante she assumes the role of Sarah and John's fearless protector. On their trail are not only threats from the future, but an intelligent and tough FBI agent, JAMES ELLISON (Richard T. Jones, "Judging Amy"), who soon becomes a powerful ally. Directed by David Nutter and produced by Warner Bros. Television and C-2 Pictures, THE SARAH CONNOR CHRONICLES represents an exciting reinvention of the "Terminator" franchise, in which the strong and intrepid Sarah discovers that protecting her son and stopping the rise of the machines is more difficult than she had ever imagined.

Posted by -michael lawshé at 1:15 PM No comments:

The Sarah Connor Chronicles...
Both for Fox.

Which one will go?

Watch the Season Finales for
Smallville on the CW network!

-michael
Posted by -michael lawshé at 2:28 PM No comments: 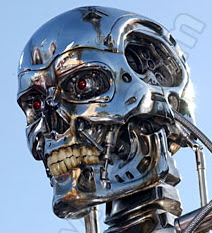 Mix this if you want to live!

The Sarah Connor Chronicles pilot is marching toward me!
SMILE!!

Posted by -michael lawshé at 7:34 PM No comments:

Interview with Michael Lawshe - that's ME!!

I had an interview with my good friend Douglas Welch
on a career in audio post-production for his
Career Opportunities live Talkshoe.net
podcast the other day.


It was a great time and quite a fun chat. It really is pretty good to do this and realize how similar work relationships can be in very differing fields.

We are doing other podcasts and live readings occasionally... click here to see how to join in to Doug's Talkshoe 'casts.

Listen to Doug, Rosanne and Keri and I as we did two live streaming talkshoe talkcasts!

Douglas and his wife, Rosanne write, teach and garden with their son Joe in Van Nuys, California. Visit them at welchwrite.com!

Posted by -michael lawshé at 6:41 PM No comments:

Close, But No Cigar - LOST Wins

Well, the results are in... ABC's "LOST" won in the Sound Effects and Foley category.

Well, it's that time of year again...
Our Sound Effects and Foley editorial teams for both Smallville and Supernatural are up for awards on Saturday night at the MPSE (Motion Picture Sound Editor) award show in Beverly Hills.

Wish us luck!
It's tough competition.
Here are the Nominees in a pdf!

CSI: MIAMI
“Come As You Are”

LOST
“A Tale of Two Cities”

Posted by -michael lawshé at 1:23 PM No comments: