Live your Liberty, don't lose it in a History Book.

Keri and I invite you again to listen to the three live dramatic "radio play" podcasts based upon letters and documents from the lead up to the American Declaration of Independence. You can hear readings from our nation's past which directly reflect upon our nation's present and future. 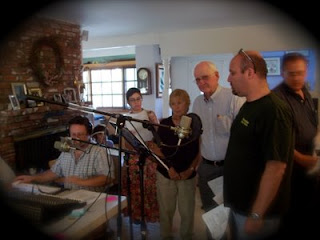 You can Click below to listen streaming from our site at
Eclipse-1.com:
Part 1 Prelude to a Revolution
Part 2 Spring 1775, The Cost of Liberty
Part 3 "Our Lives, our Fortunes and our sacred Honor" 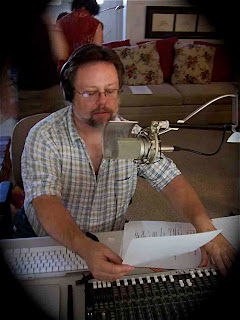 We began these series of live dramatized readings three years ago as our Nation approached it's "birthday". It struck us that the situations and the causes of the American Revolution were as alive today as they had been to our countries' forefathers:

Polarization of political speech, leaders quashing dissent in the press, the imprisonment or detaining of persons without trial or hearing, and the removing of "undesirable persons" to offshore prisons.

The political climate may be changing, but :

"The cause of America and of liberty is the cause of every virtuous American Citizen Whatever may be his Religion or his descent, the United Colonies know no distinction, but such as Slavery, Corruption and Arbitrary Domination may create. Come then ye generous Citizens, range yourselves under the Standard of general Liberty, against which all the force and Artifice of Tyranny will never be able to prevail. I am,
Go Washington"

As people around the world struggle for representative governments, let us not forget that our own democracy was born of decades of economic and violent unrest. The course of freedom seldom runs smoothly. May those who seek the rights of self-expression, self-governance, and liberty find in the voices here, words to encourage their own endeavors.

You can click here to listen directly on your computer or to download the high quality .mp3 files from talkshoe.com
http://www.talkshoe.com/tc/13936


These shows were written and directed By Keri Dearborn and Michael Lawshe
of Eclipse-1.com - Making New Media for a Bold World 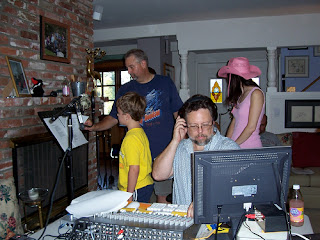 Special Thanks to Douglas Welch of Welchwrite.com
Posted by -michael lawshé at 11:42 AM